Dirt Fest is powered by ZeroFossil

Mountain bikes don’t use a lot of electricity, but at an event like Dirt Fest we need to keep the safety lights on, the live music pumping and the beer cold. That’s why we’ve chosen to partner with ZeroFossil to provide the electricity for Dirt Fest.

ZeroFossil is a Pittsburgh-based company that designs and manufactures power systems from sustainable energy—wind, solar and even human-powered. You can buy their products to power anything from your chicken coop to your business, or rent their services like we have to power your events.

Our fourth annual Dirt Fest, presented by Scott Sports, at Raystown Lake, Pennsylvania, was once again the best ever. A huge thank you to all who attended—friends, fans and exhibitors—you’re the ones who made it so great. Now, we can all relax and maybe play some fun 우리카지노 online and celebrate the success of our winnings.

There were nearly 2,500 registered attendees riding the amazing trails around the lake, camping, house boating and partying well into the wee hours of the next day.

Special thanks go out to our official sponsors Scott Sports, Oskar Blues Brewery, Santa Cruz Bicycles, Infinit nutrition, Niner, Michelin, Take Aim Cycling, Specialized and Light & Motion. Additionally, without the event logistics provided by Rothrock Outfitters, along with support from the Friends of Raystown Lake, we never could have made it happen. 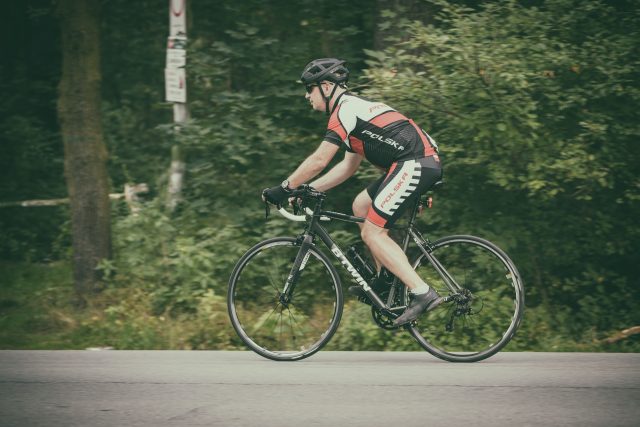 Miss out on the good time, or just want to re-live the magic? Check out this video we put together from Dirt Fest 2013. What was your favorite part of the fun? 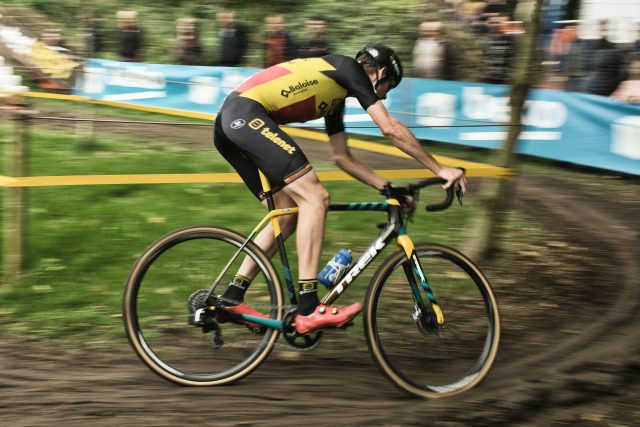 We love reading about how visitors enjoyed themselves at Dirt Fest. Sounds like we converted another to the joys of mountain biking!

Becoming a Dirt Rag at the Dirt Fest

People have been telling me for years now to try trail riding. I’ve heard over and over again how much I would love it…how much fun it would be…how they could just SEE me becoming obsessed.

Not that it’s always been too easy to just jump on a mountain bike and find a trail around Cleveland, but I also never really made the effort to try. It wasn’t for any particular reason, I simply just hadn’t gotten around to it yet.

The Dirt Rag Dirt Fest changed ALL of that. It’s a three day thrill ride on some of the most well manicured trails many riders say they’ve been on. Three days of riding bikes so far out of my price range it made my eyeballs spin. Three days of nonstop biking, beer drinking, eating, camping, and a ridiculous amount of fun.

While Dirt Rag is of course your favorite mountain bike magazine, our friends over at Mountain Bike are pretty cool too, and they stopped by Dirt Fest and had nothing but good things to say: The trails here have been optimized for flow and fun: Imagine yourself on a seemingly endless giant-sized pumptrack with rippling climbs that feed long roller-coaster descents. But what you might not notice are the little moments that make navigating the trails easier . Case in point—arrival at each well-marked intersection requires nothing more than locating yourself on the map, deciding what to ride next, and then pedaling off onto the next trail. It’s as simple as that. 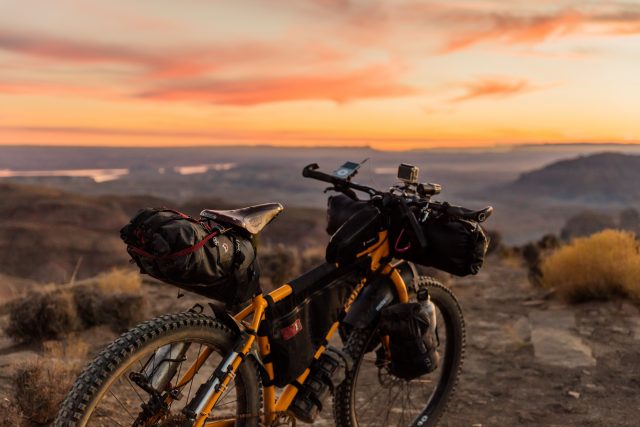 Photographer and videographer Bryan Kirkwood sent us these great videos he helped work on from Dirt Fest. Makes us wish we were still there! 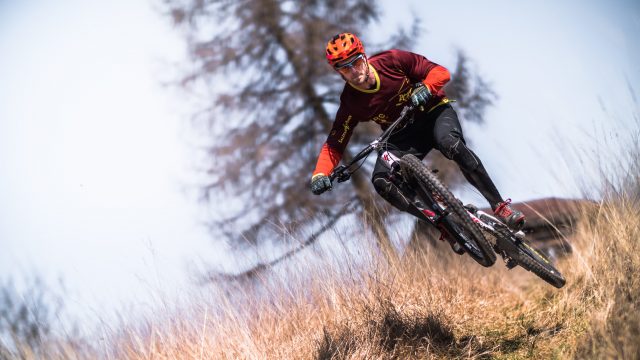 Dirt Rag is pleased to announce that Pivot Cycles is returning as the Presenting sponsor for the seventh-annual Dirt Rag Dirt Fest, taking place May 20-22, 2016, at Raystown Lake in central Pennsylvania. 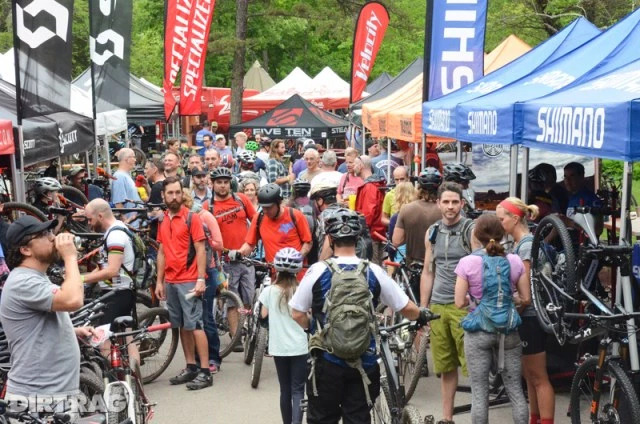 “We are bringing a big fleet of bikes with all the newest models in every size for riders to try, including our Mach 6 Aluminum and the Mach 429 Trail. And our favorite East Coast rider, Aaron Chase, will be there to ride and chill with everyone, too,” said Chris Cocalis, Pivot’s president.

Set a calendar reminder for January 4, 2016, when registration will open to the public. With more than 3,500 people from across the country attending last year, Dirt Fest has become the annual mountain bike ride/party/festival/gathering that you don’t want to miss.

A huge thanks to Pivot and all of the sponsors that have so far signed up to support the fun:

There are 36 miles of fast, fun, flowy trails known as the Allegrippis Trails System just a few pedal strokes away from event headquarters and a new trail on the other side of the lake accessible only via boat, the Terrace Mountain Trail. The trails are perfect for chasing your buddies all day or demoing new bike after new bike from one of our many attending bike brands.

Weekend shenanigans will include (but are not limited to):

A portion of the proceeds from Dirt Rag Dirt Fest go directly to support the Allegrippis Trails System via the Friends of Raystown Lake Trails Fund. Since the event began, we have been able to donate more than $20,000 to the trails, which helps keeps them open and maintained. Go us. 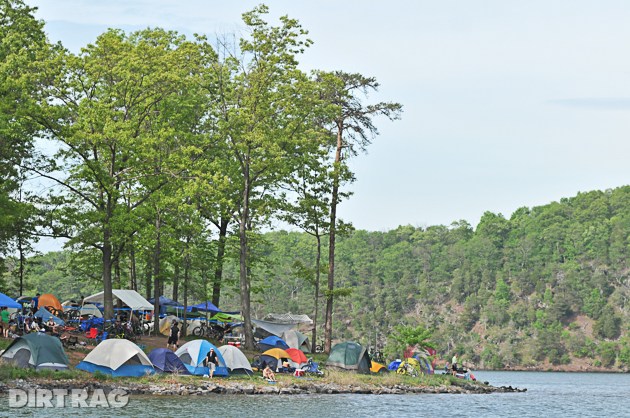 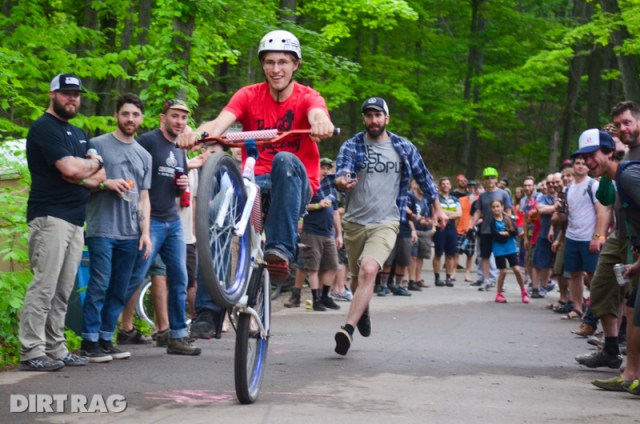 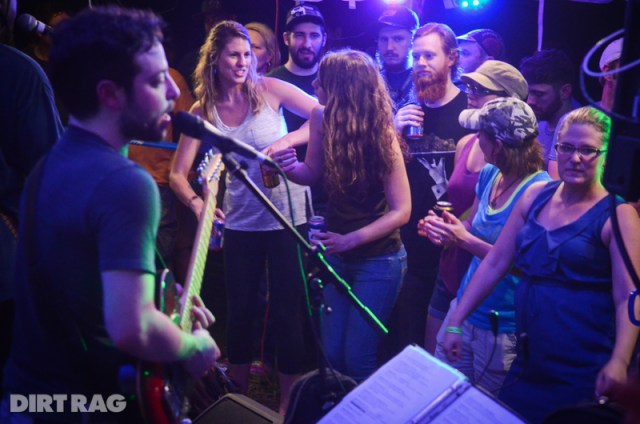 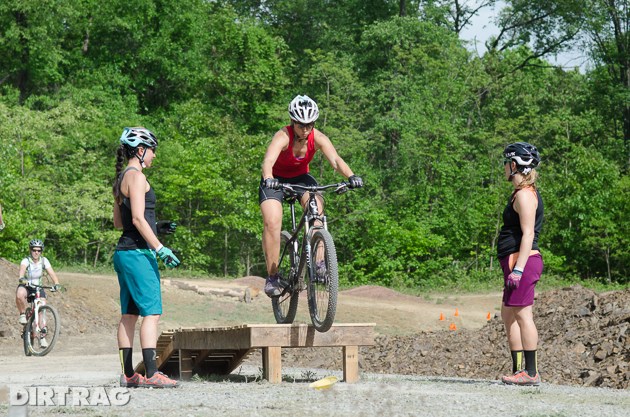 We’re stoked to have Pivot back as the presenting sponsor of Dirt Fest for 2016. And we’re even more stoked to check out their newest bikes on the incredible Allegrippis trails. Pivot gave us a sneak peek at their demo fleet for Dirt Fest and we thought we’d share.

Check out the Pivot Cycles website for details about each bike.

What are the reasons for playing various sports?

Nowadays, there are many things which people like to do in their free time. Playing a variety of sports with their family and friends is one of those things. In addition, sports allow people to spend some time with others happily and with much enjoyment, and with sports knowledge, it would be easy for you to win money via 온라인 카지노.

What are the benefits of playing various sports?

In the last few months, lots of people play various sports, such as indoor or outdoor, according to their preference. The reason is that it allows people to enjoy several benefits. One of the biggest benefits is that sport can allow you to enjoy the family and friends. There are much more benefits of playing out various sports. Here are some of them-

Some of the famous sports which are played across the globe

From exploring the age-old fortification of Old City to experiencing the mesmerizing sight of the globally acclaimed Flame Towers, there are many such best Things to Do in Baku, the capital city of Azerbaijan. Baku is the fastest-changing city of Azerbaijan. The dilapidated alleyways are now converted into hipster cafes and globally restaurants; the flame tower is known for its modern architecture. Millennials wander the streets dressed up in high-end fashion, but many other things are worth exploring in your Baku Tour.
Right at the heart of the city is the Old City, the UNESCO World Heritage Site bordered by stone mansions and many luxury boutiques. This is the ultimate combination of new and old architectures. The city is expanding rapidly, and there are many things that you can do in Baku to entertain yourself.

Visiting the Bibi Hey bat Mosque is an interesting thing you can do during your visit to Baku. Non-Muslims are allowed to explore only the mesmerizing architecture of the mosque. The present mosque is from July 1998, and it is the recreation of the mosque built back in the 13th Century by Shirvanshah Farrukhzad II Ibn Ahsitan II. This restored mosque is considered to be the best example of Shrivan architectural school.

Visiting this recognized landmark is worthwhile, and you can miss climbing the tower when you are in Baku. This landmark tower has historical significance, and locales call it Giz Galassi, which is located in Old City and surrounded by a hive of activity from tourists and local alike. Built in the 12th Century as part of the walled city of Baku, Maiden Tower is the UNESCO World Heritage site.

Another UNESCO World Heritage Site in Baku is the Gobustan National part that attracts thousands of tourists round the year. The interesting fact about this national park is that it has sprawling mud volcanoes, sizzling lakes and anthropological sites. There are over 300 mud volcanoes in Azerbaijan, and most of them are found in this national park, and others are found at seashores, on islands and on the sea.

Flame Tower is located on a hill overlooking Baku Bay and Old City. This is the iconic trio building that has changed the city’s image from a forgotten place to a modern Baku City. This building changes the city’s skyline and respects the history of the city, and foresees the strong future of Baku. The style of the building is inspired historical past of Azerbaijan.

The Palace of Shirvanshahs

Another important place to explore during your visit to Azerbaijan is the Palace of the Shirvanshahs, which date back to the 15th Century and built by the Shirvanshah Kingdom. Shirvanshahs were the rulers of the Shirvan, and this is the name of land which is now occupied modern-day Azerbaijan. The Palace is located next to Maiden Tower and Old City, and it is bunched together in Baku’s UNESCO World Heritage Site. This Palace comprises a palace building, a mausoleum of King Khalilullah buried with his mother and sons, an east gate, two mosques, a bathhouse and Sufi philosopher and scientist Sayid Yahya Bakuvi’s mausoleum.
So, these were some of the attractions that you must cover during your visit to Baku, Azerbaijan. However, there are also other things to do, like the Novruz Holiday, the New Year in Azerbaijan. So, if you visit during this festival, you can explore many other things and enjoy the local New Year celebration of Azerbaijan.